Chalet La Pente, the ideal base for a sporty holiday

The attractive Chalet la Pente is located in the centre of Les Collons in Switzerland, at an altitude of 1800 metres. With the mountains just a 4-minute walk away, this accommodation is the ideal base for a great winter sports or walking holiday for young and old alike.

Amenities of the villa 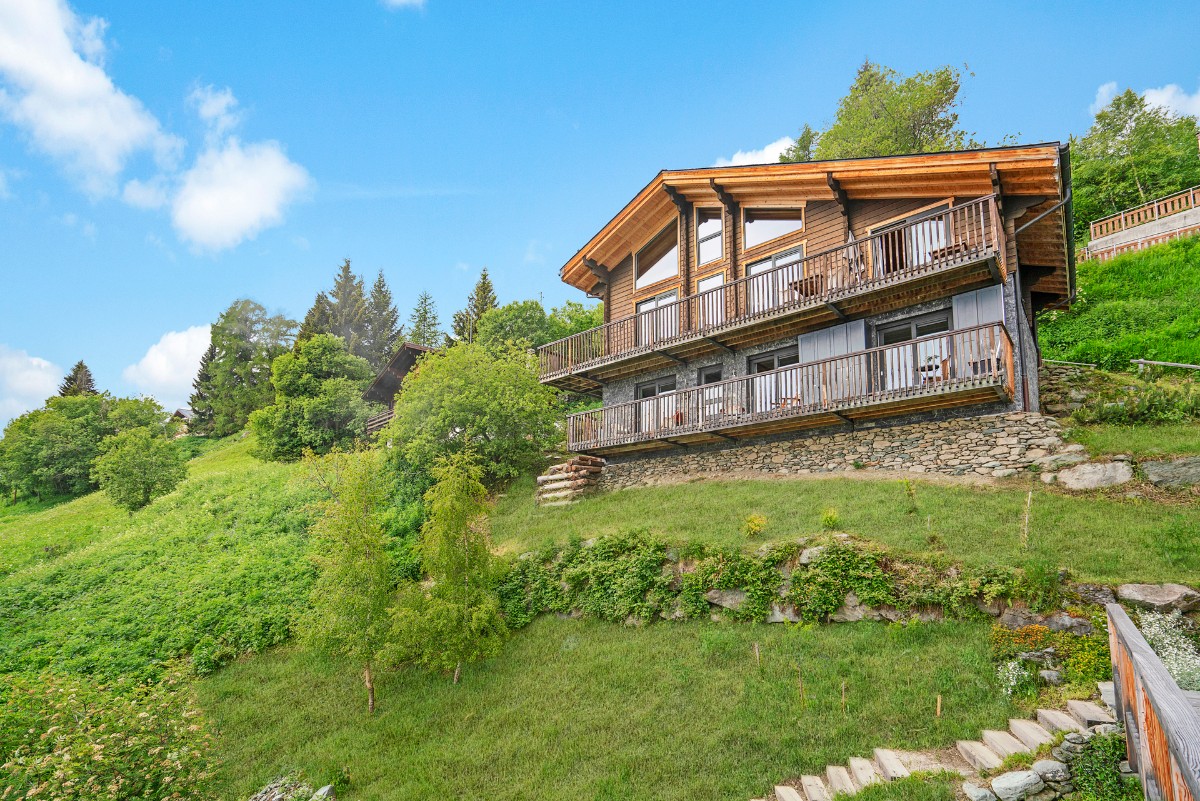 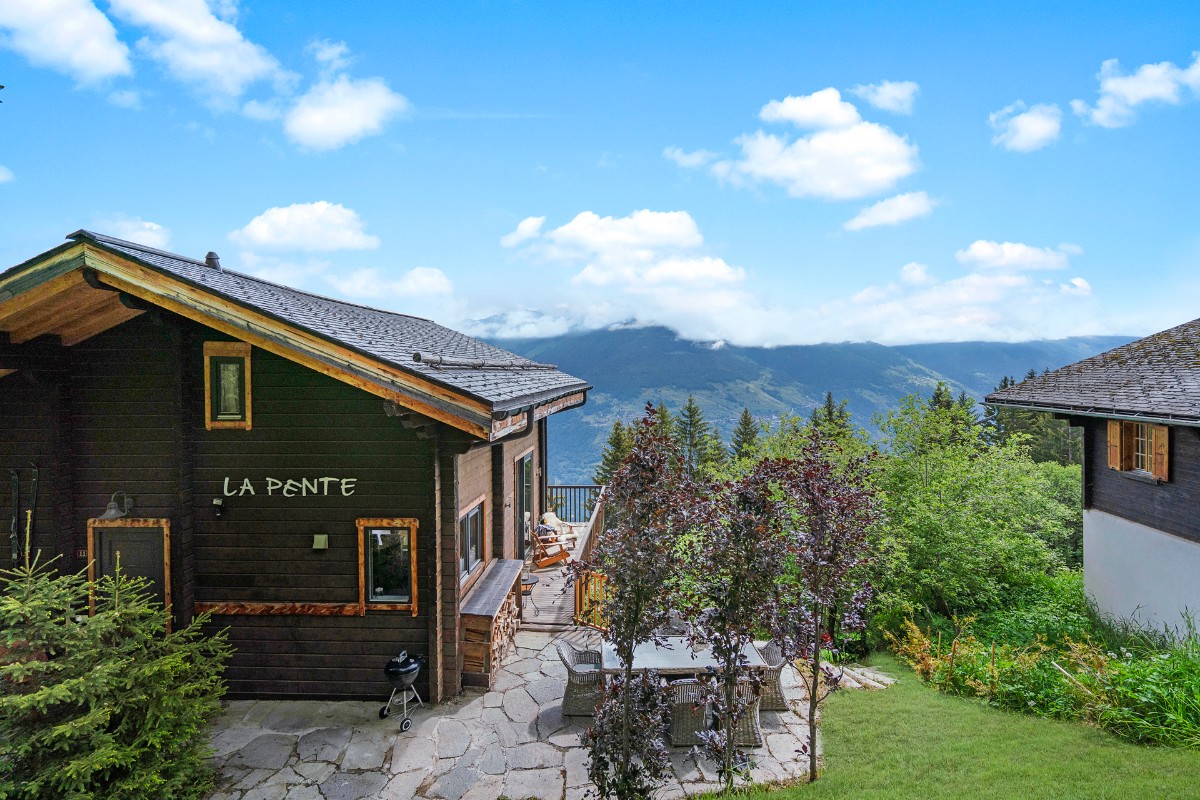 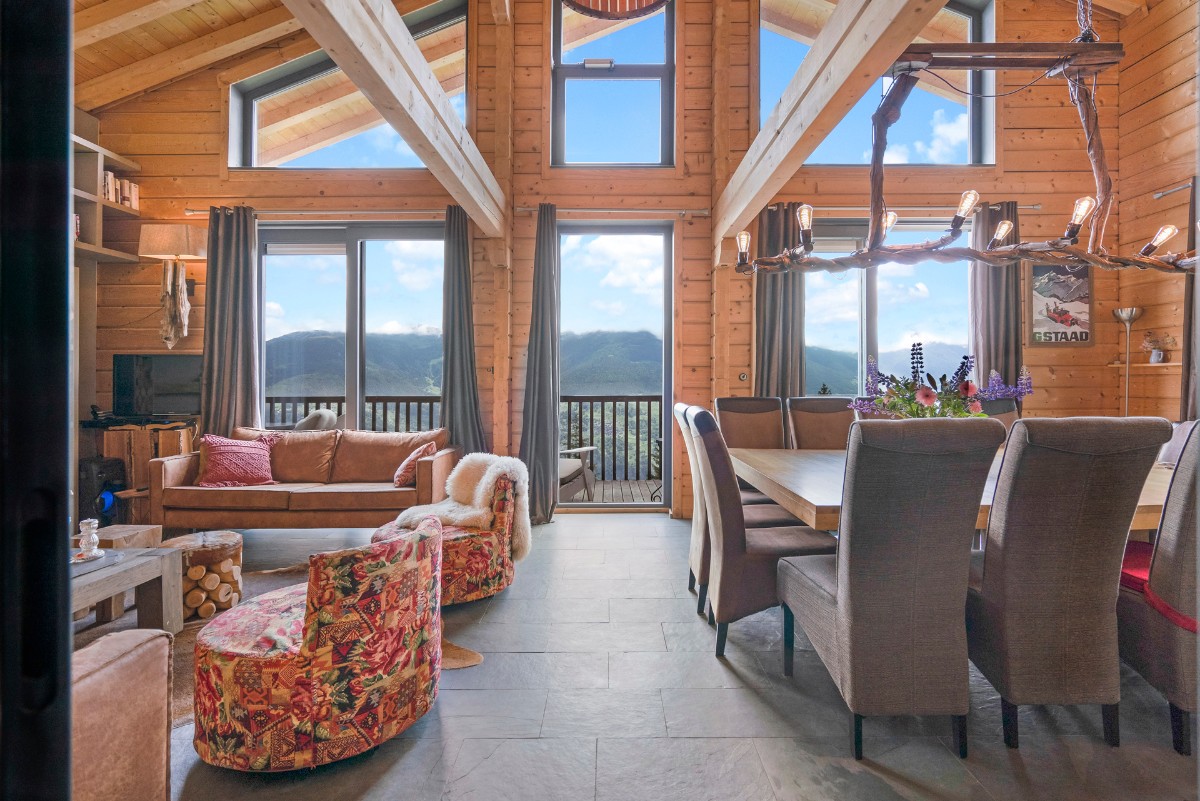 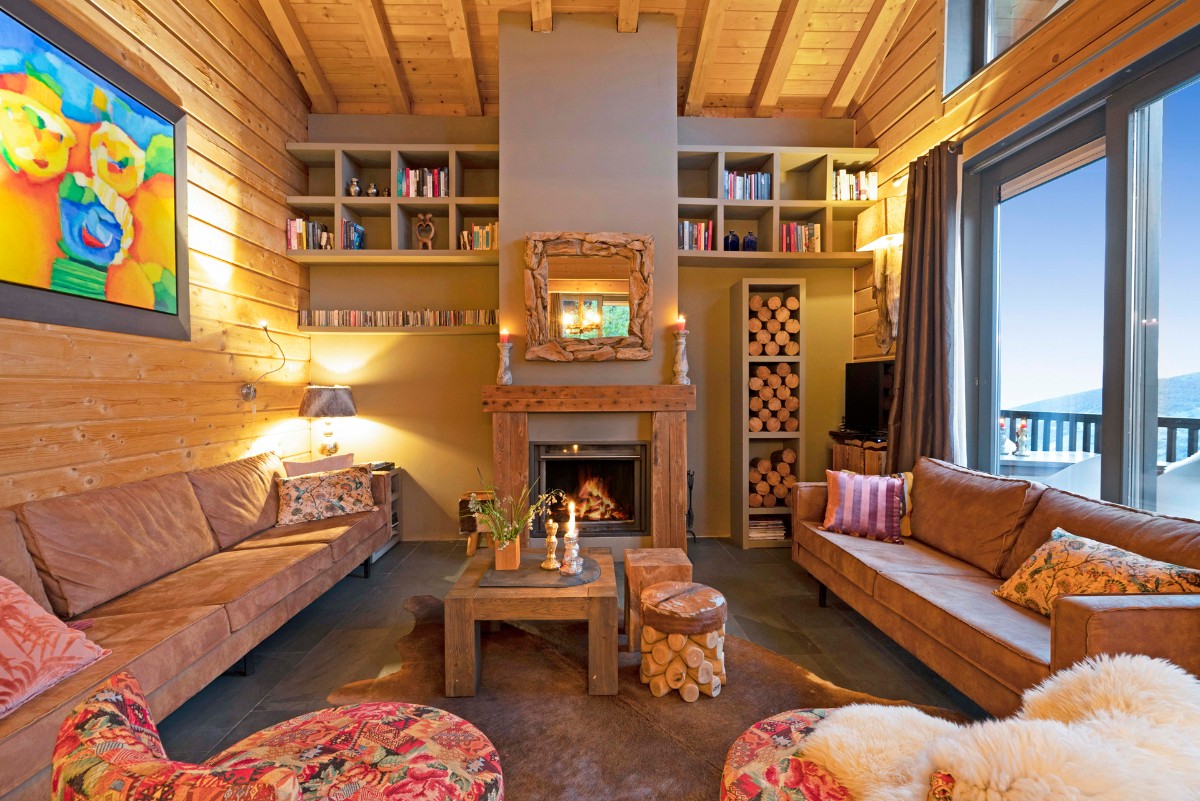 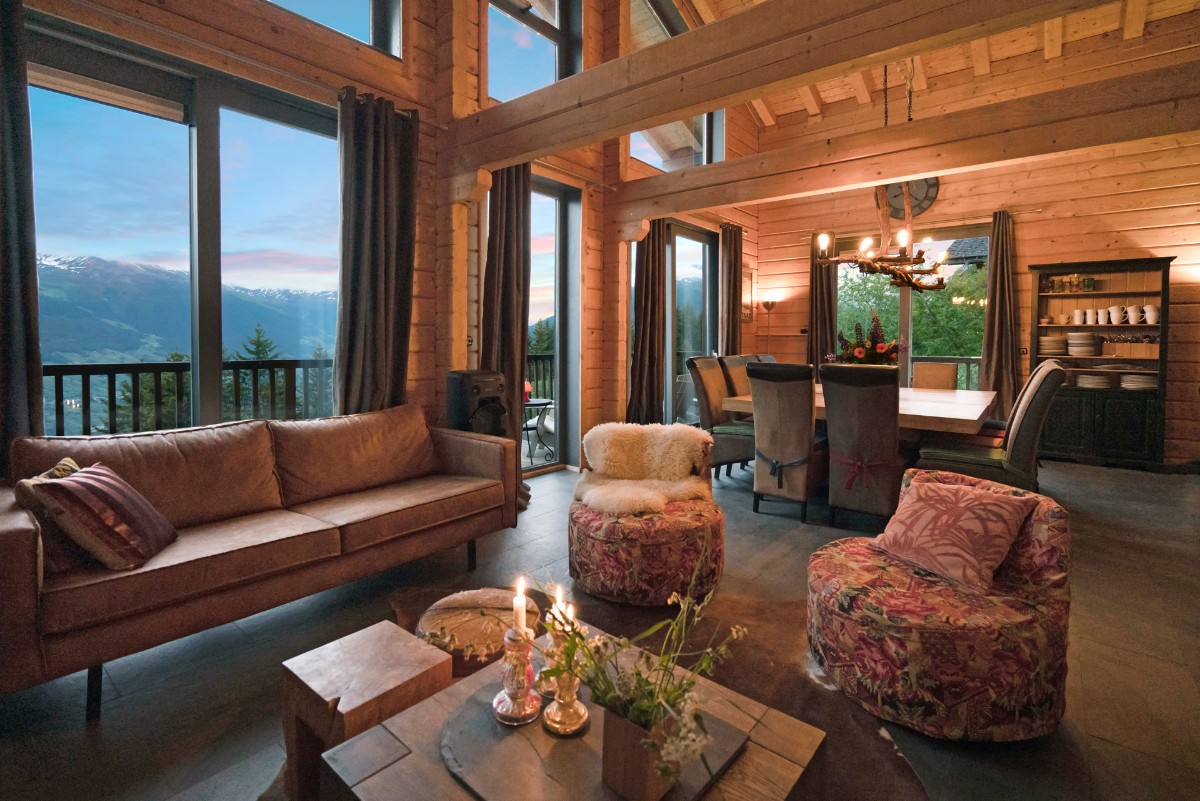 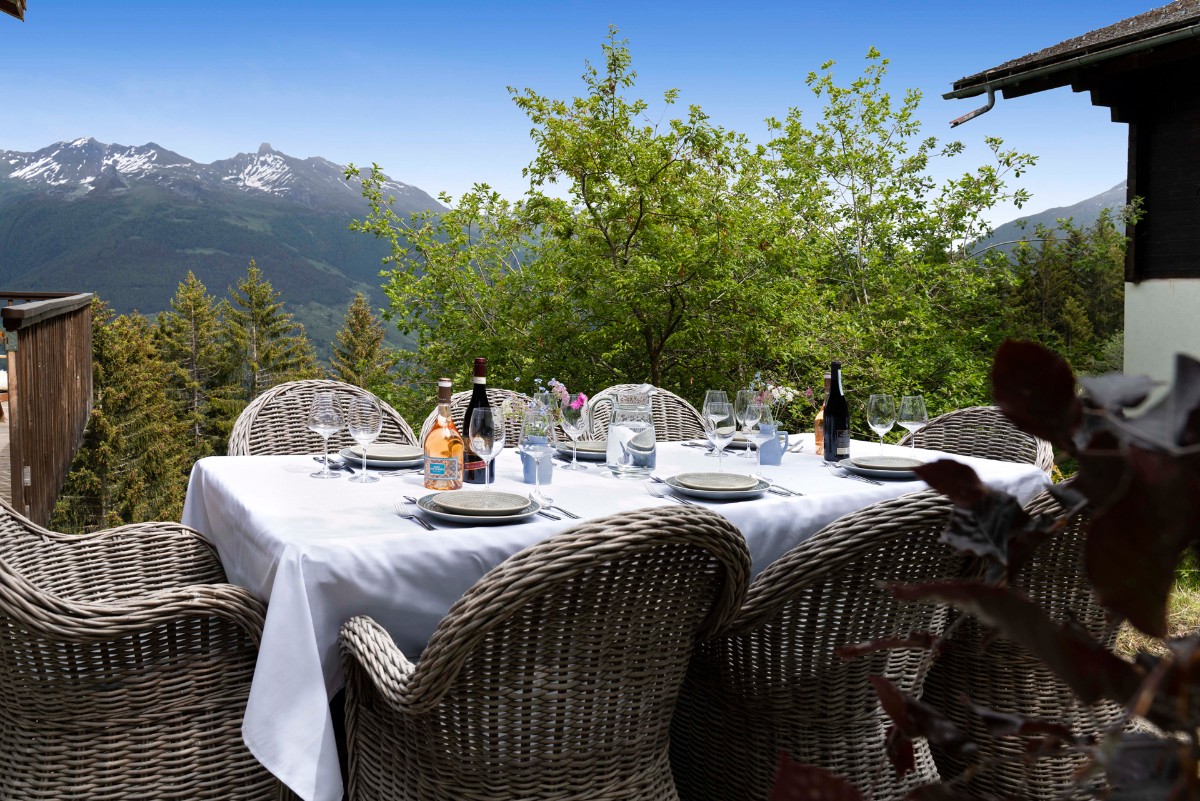 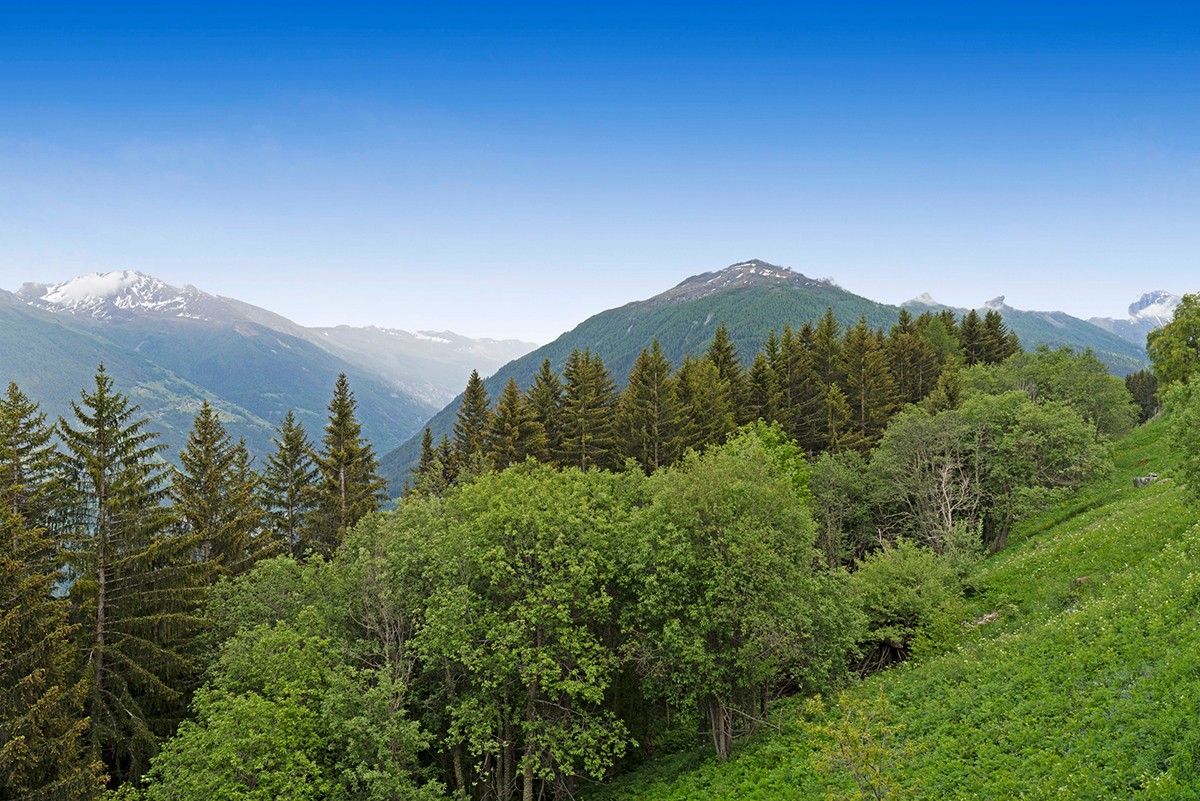 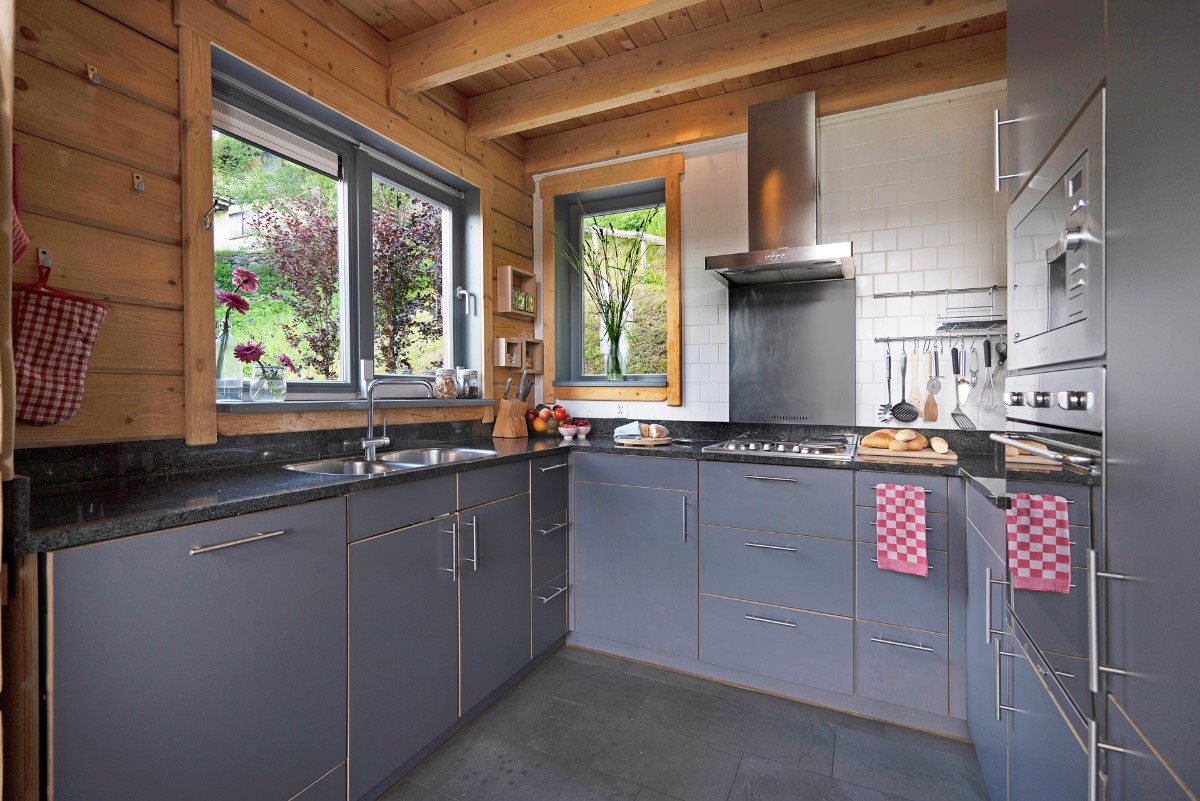 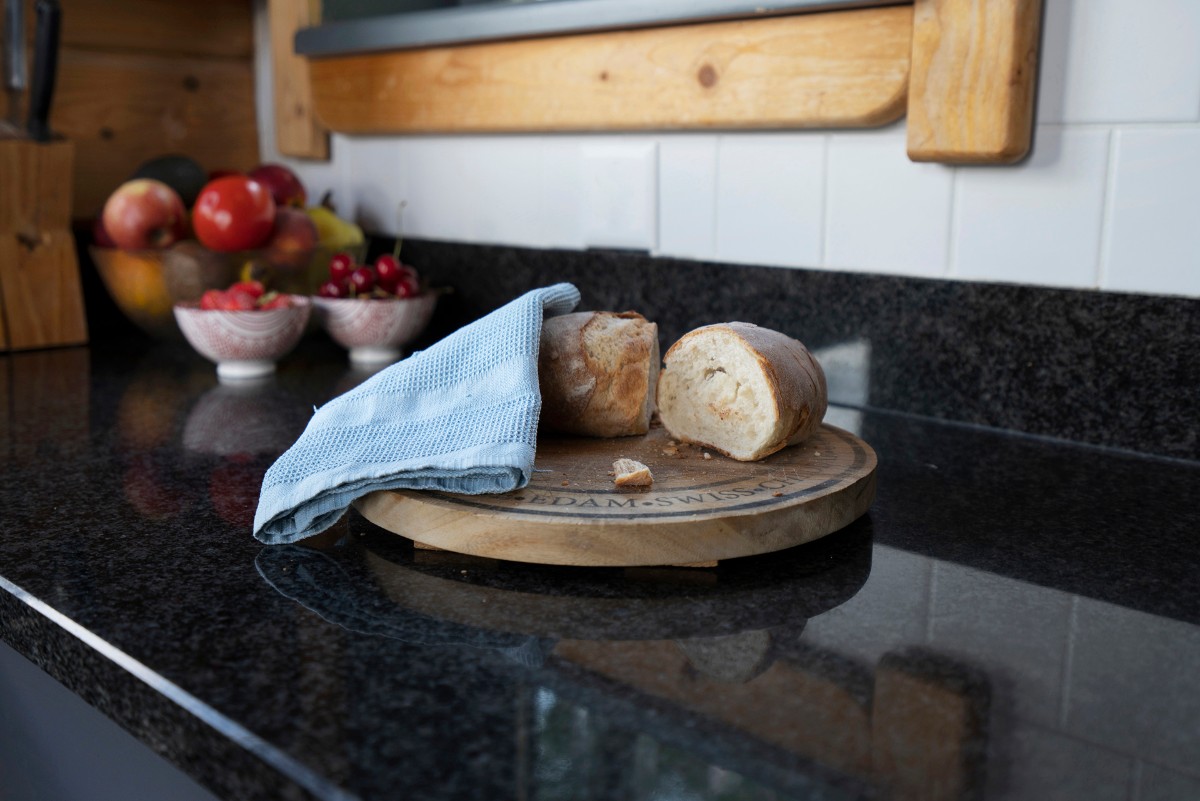 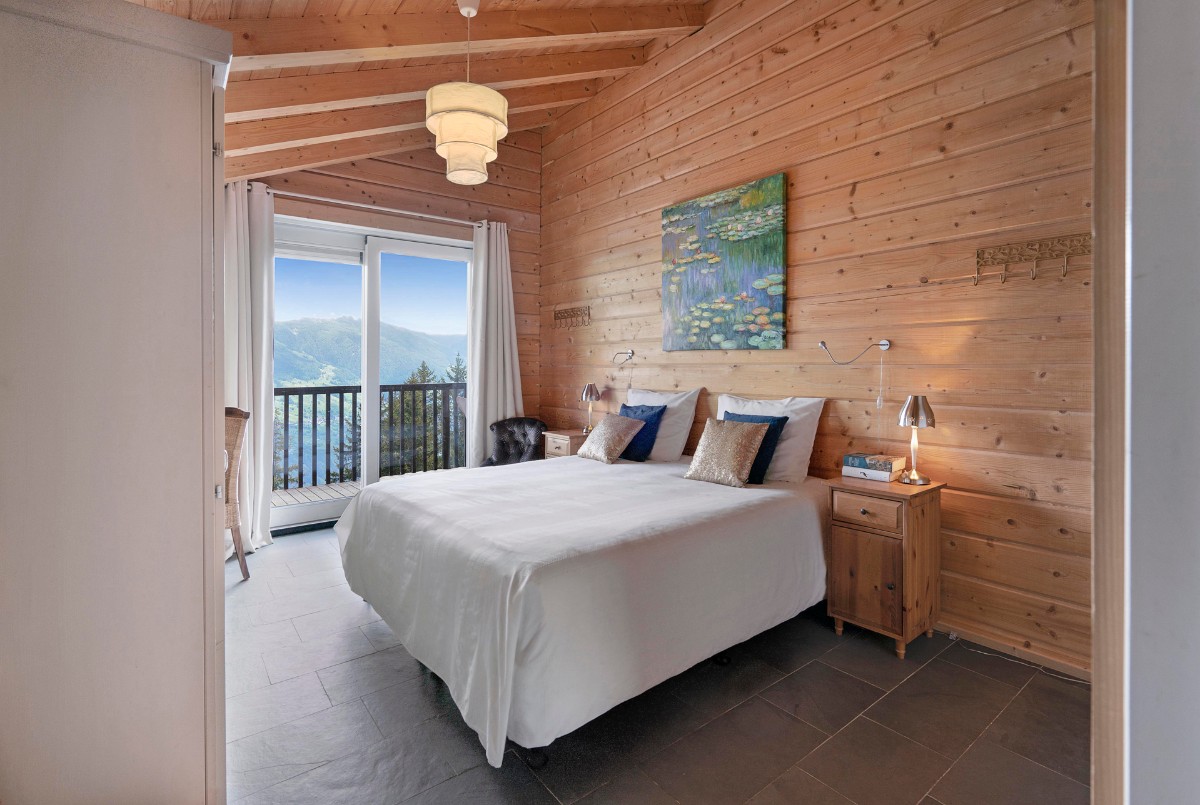 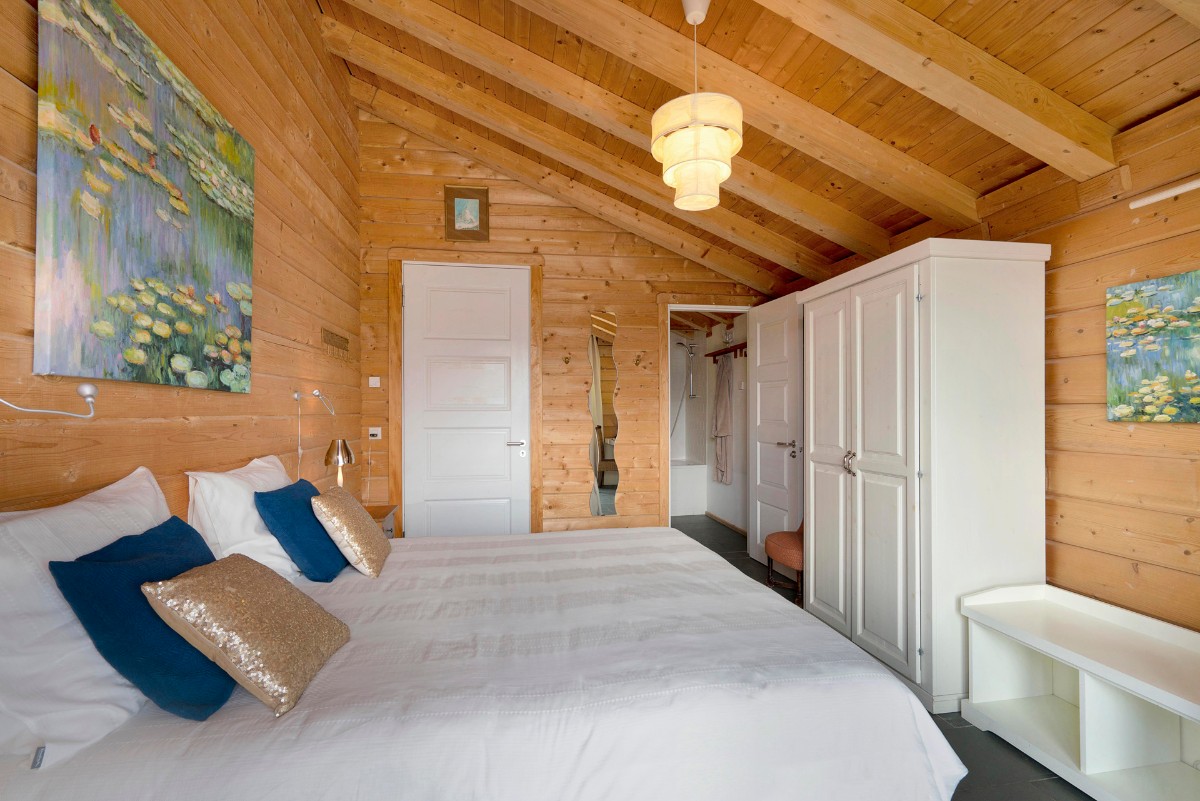 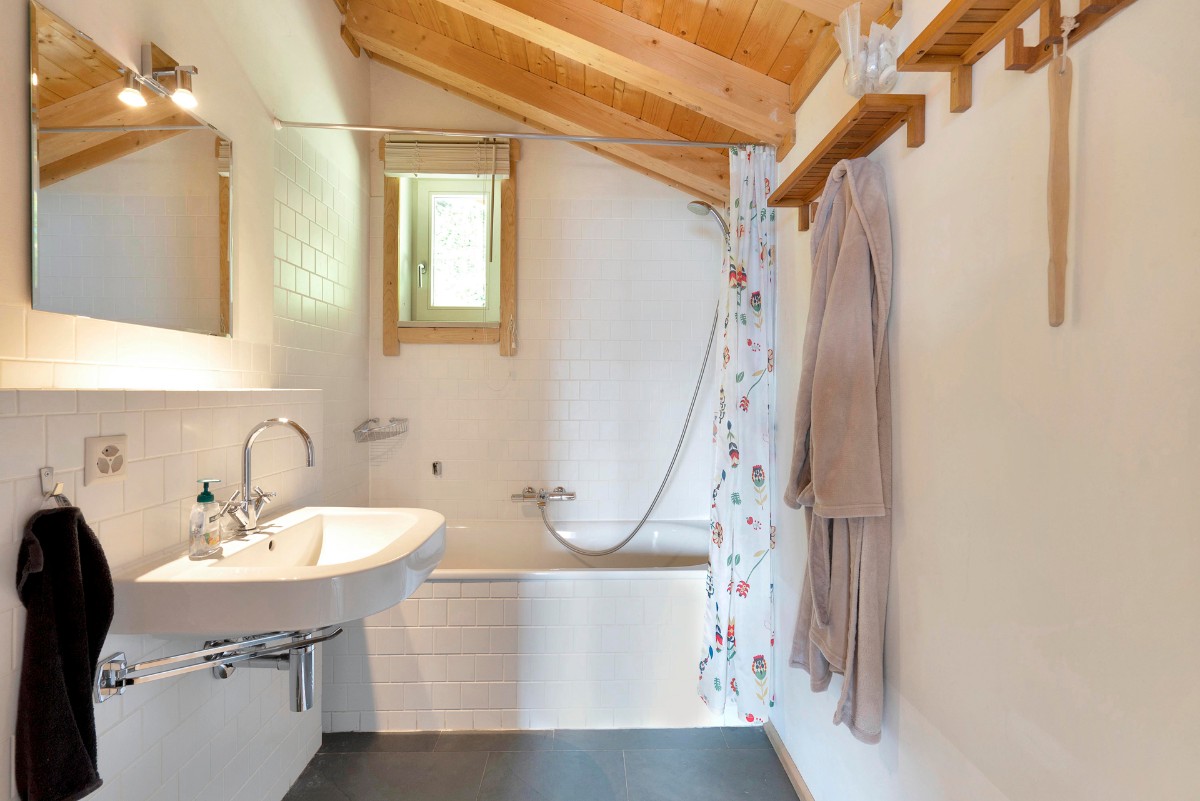 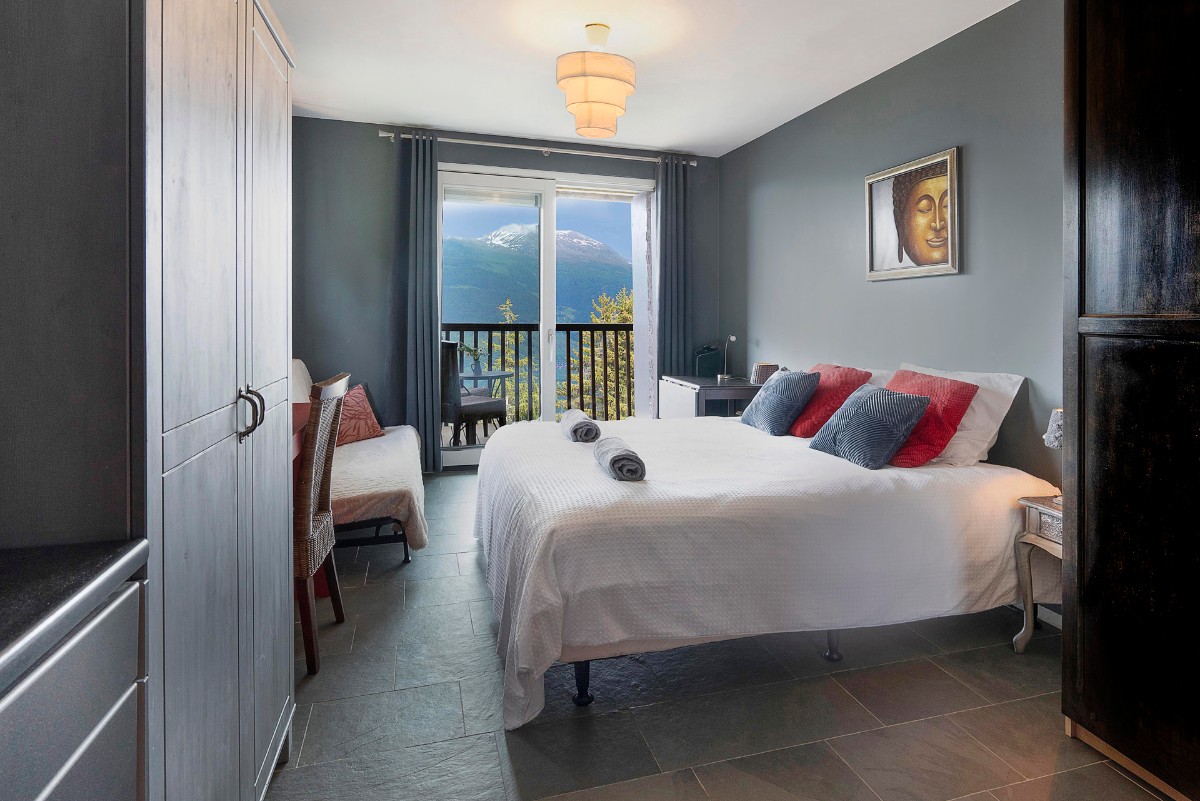 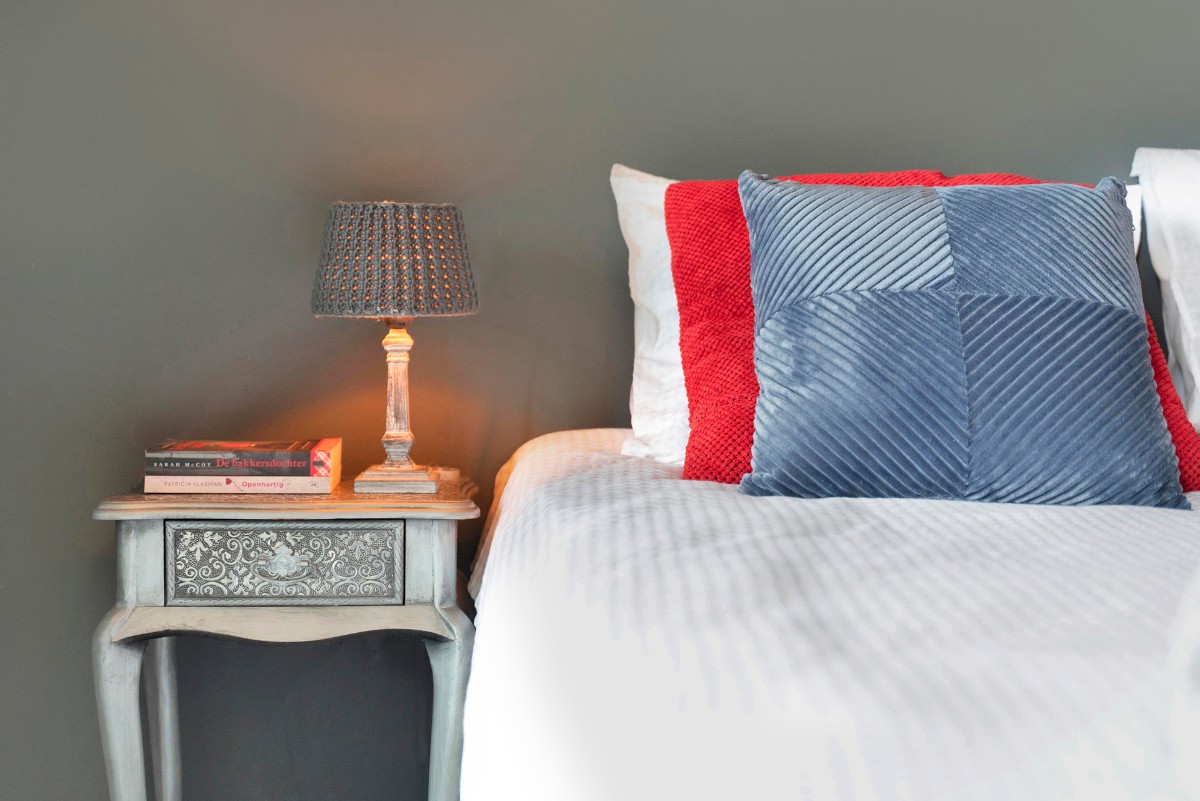 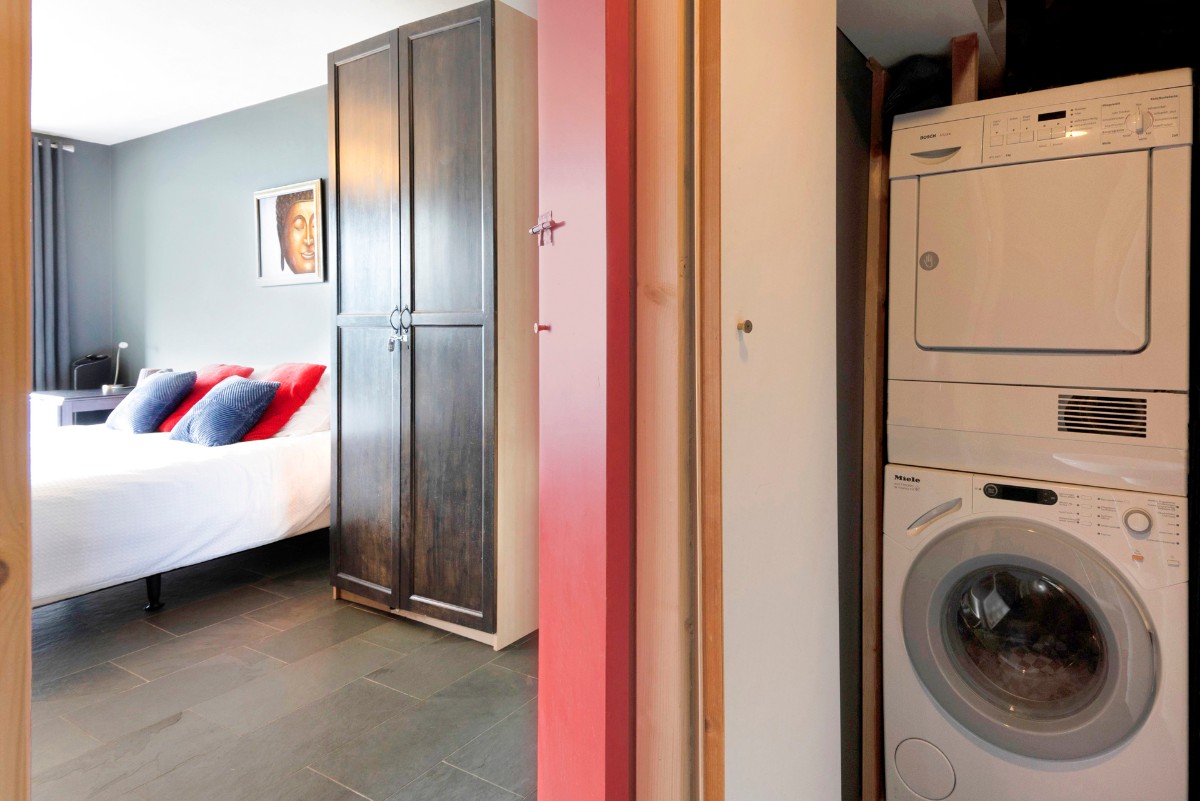 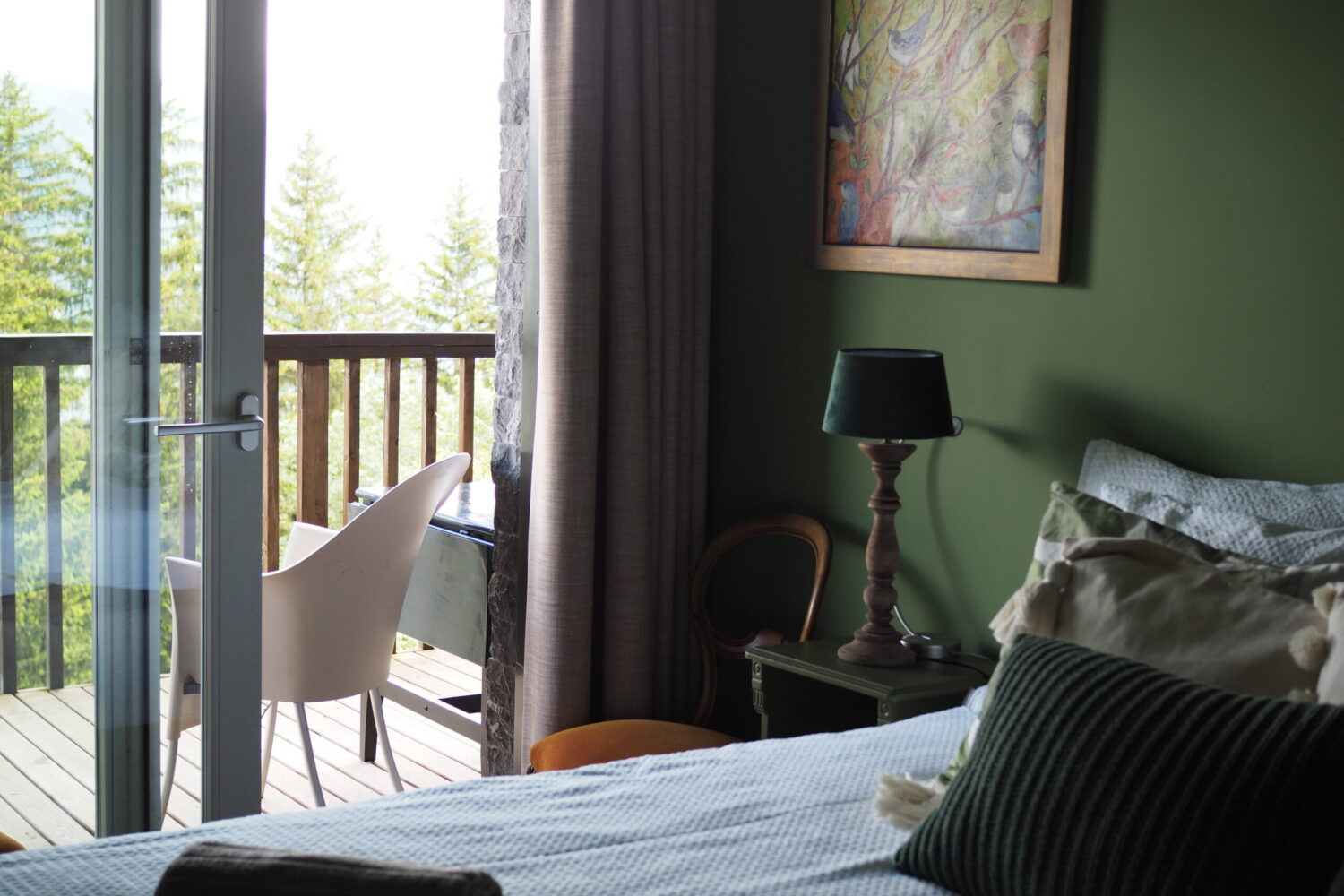 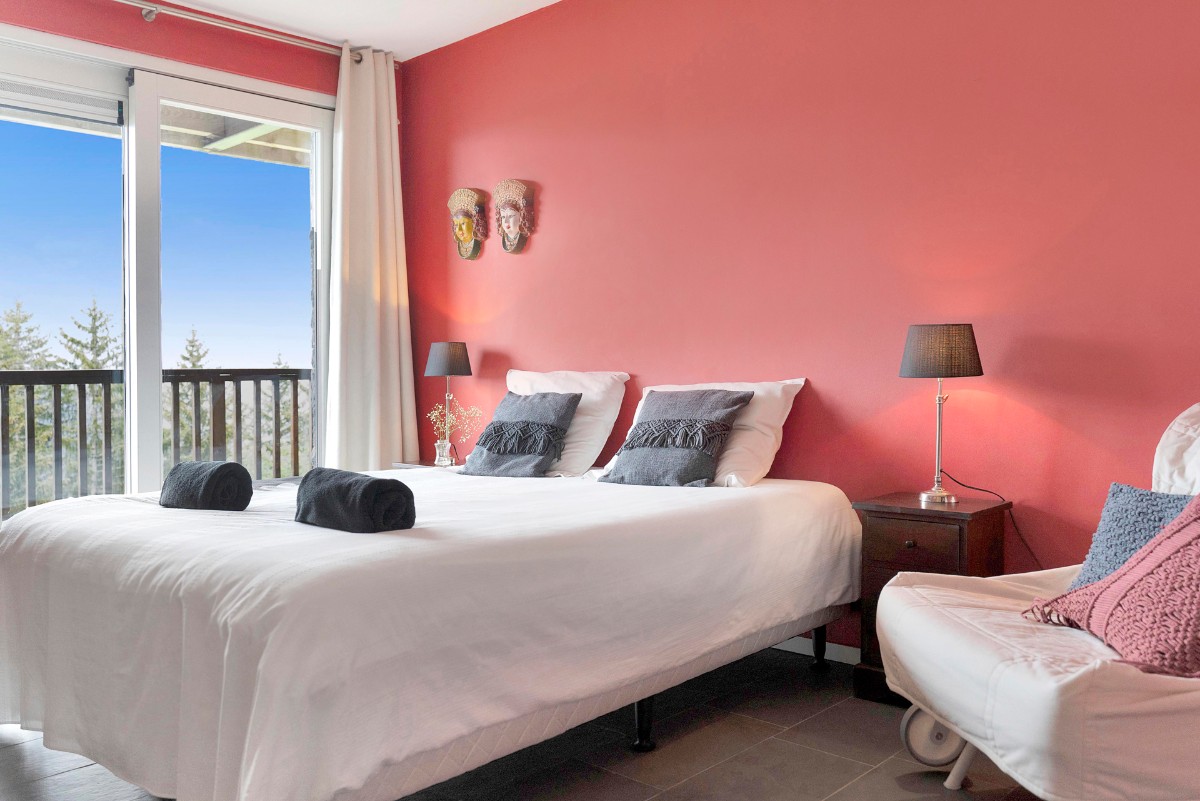 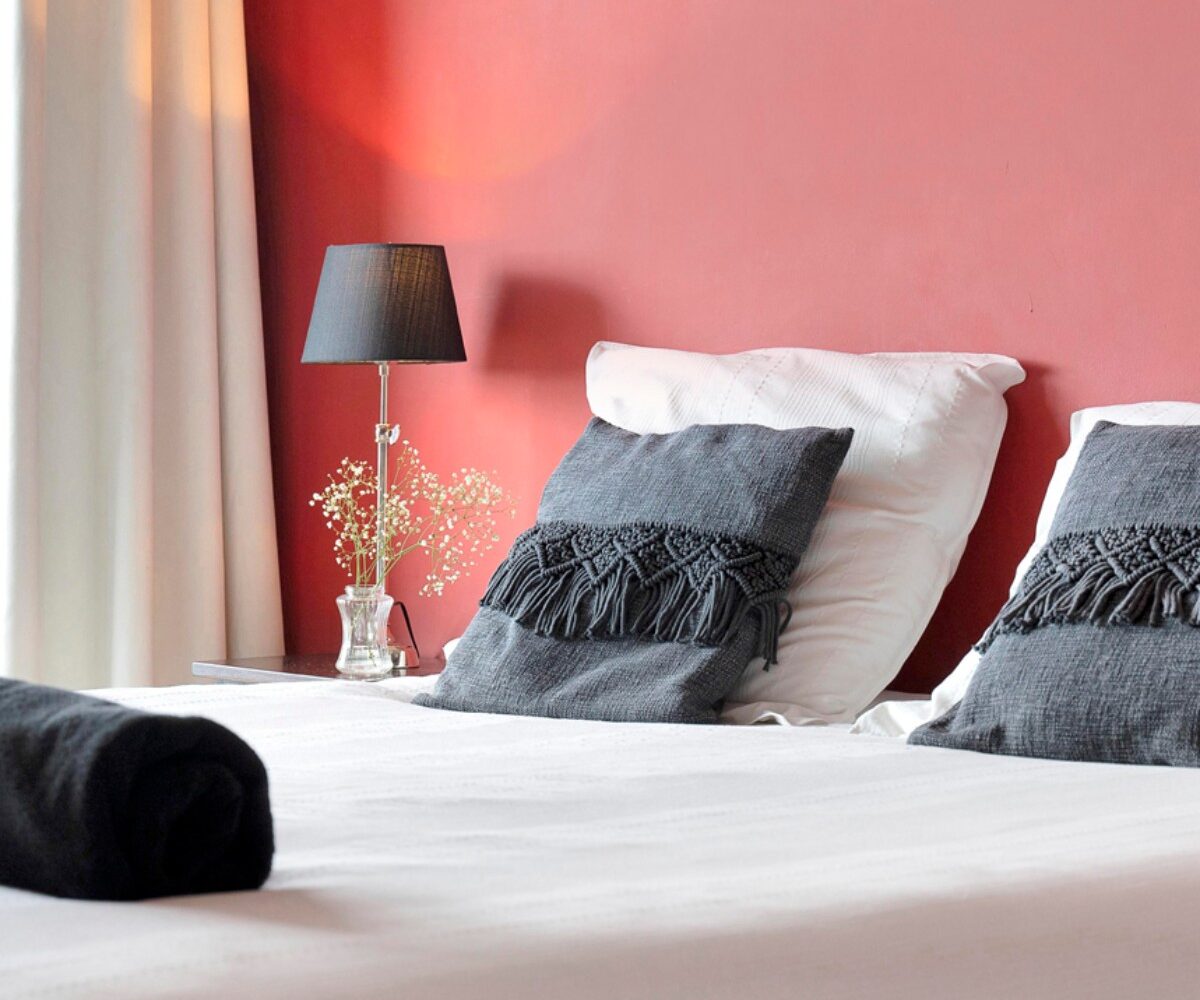 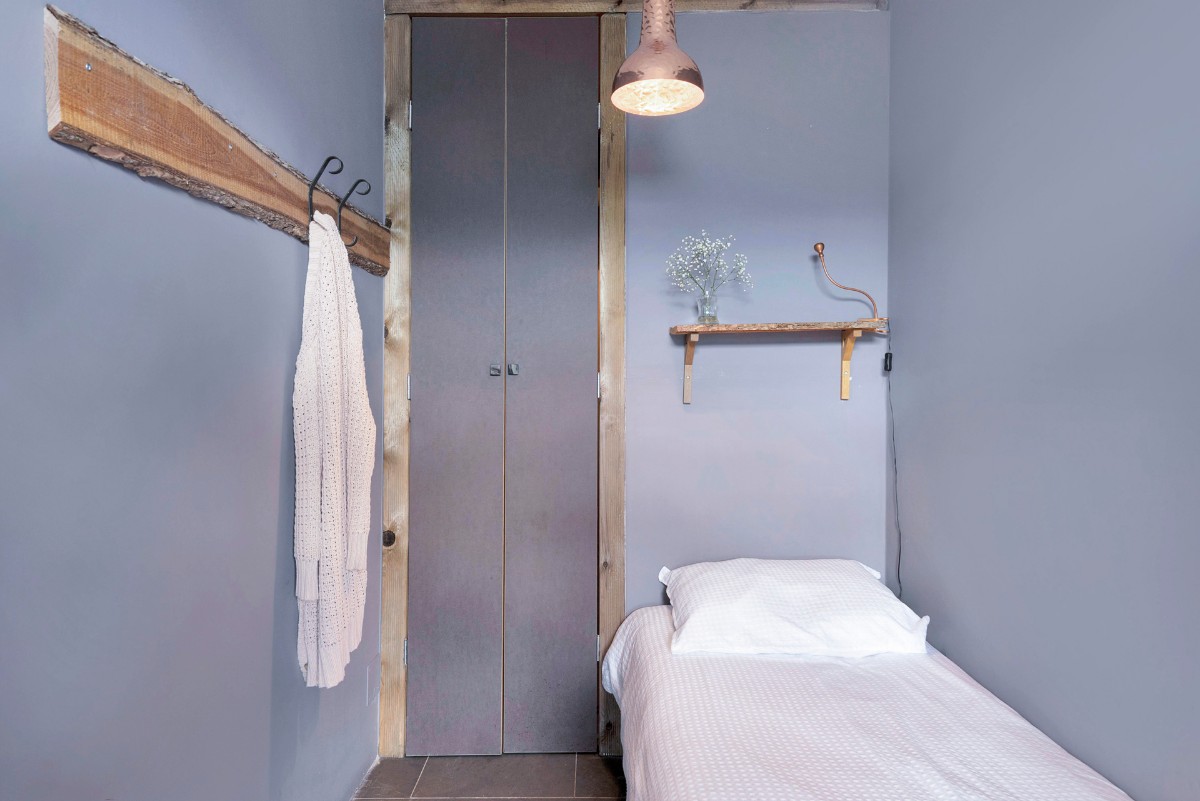 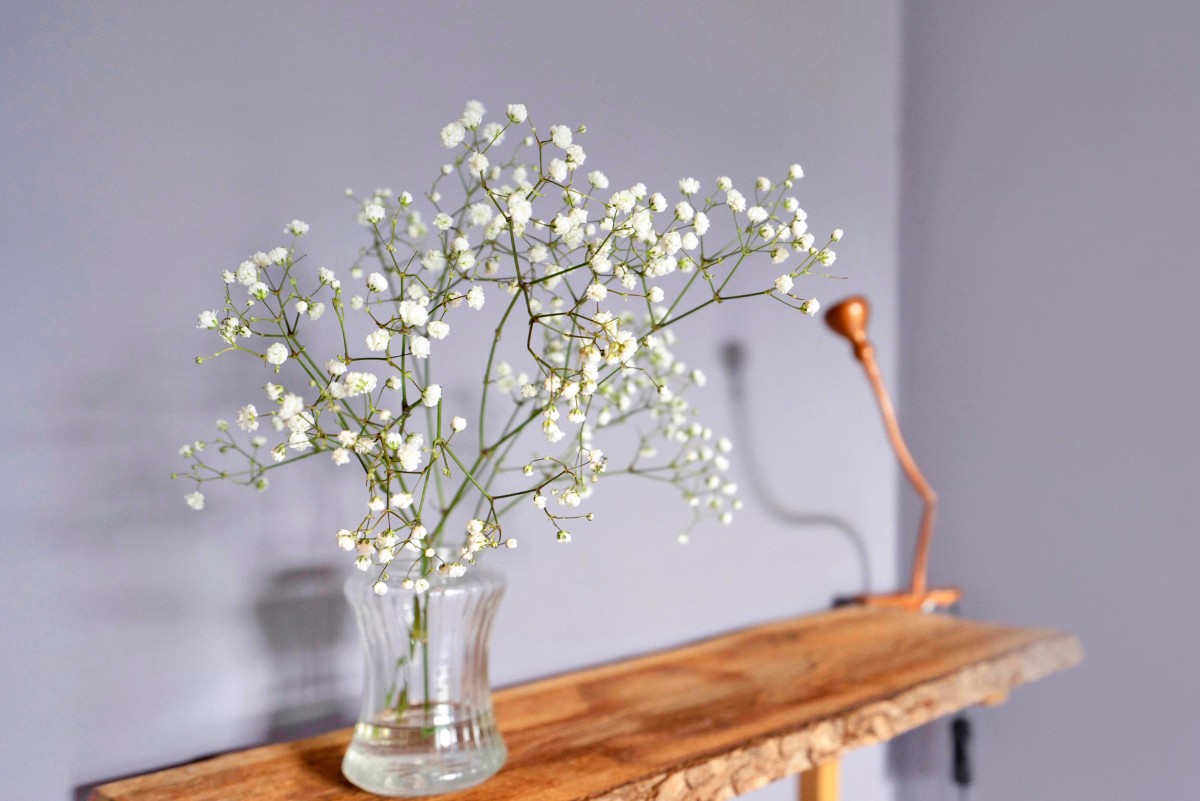 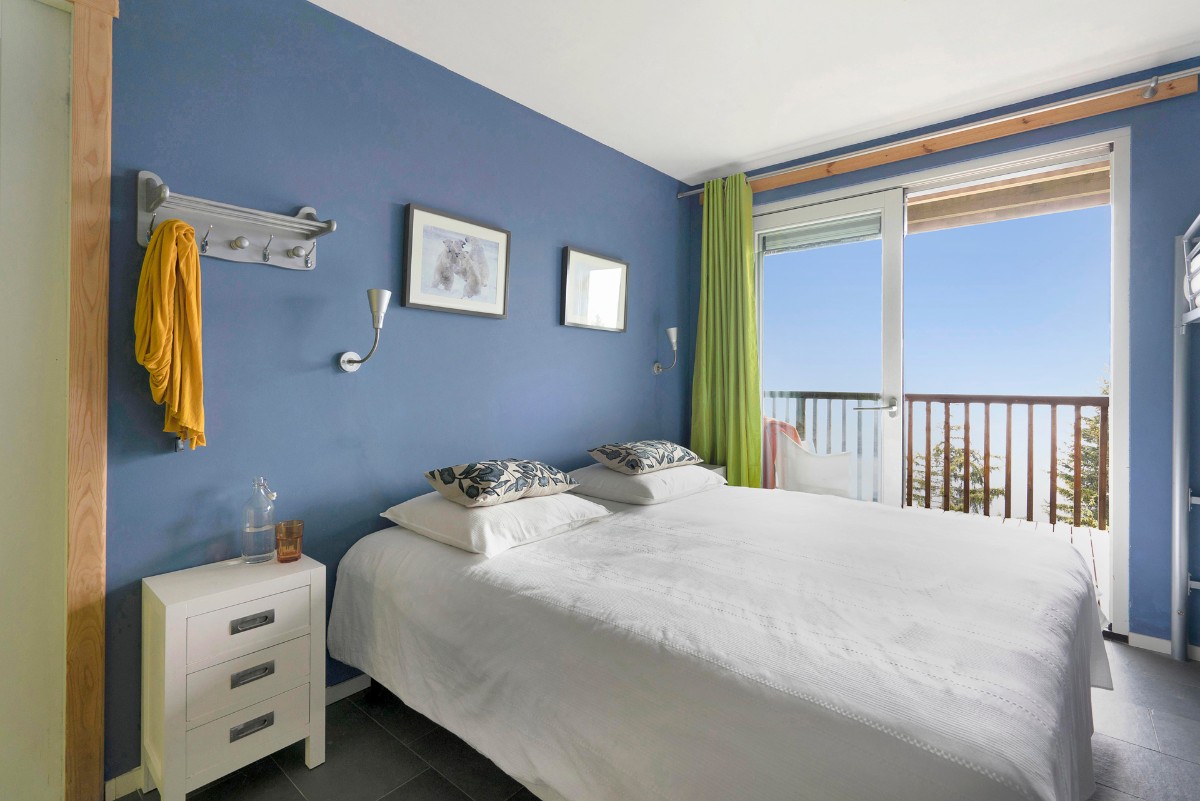 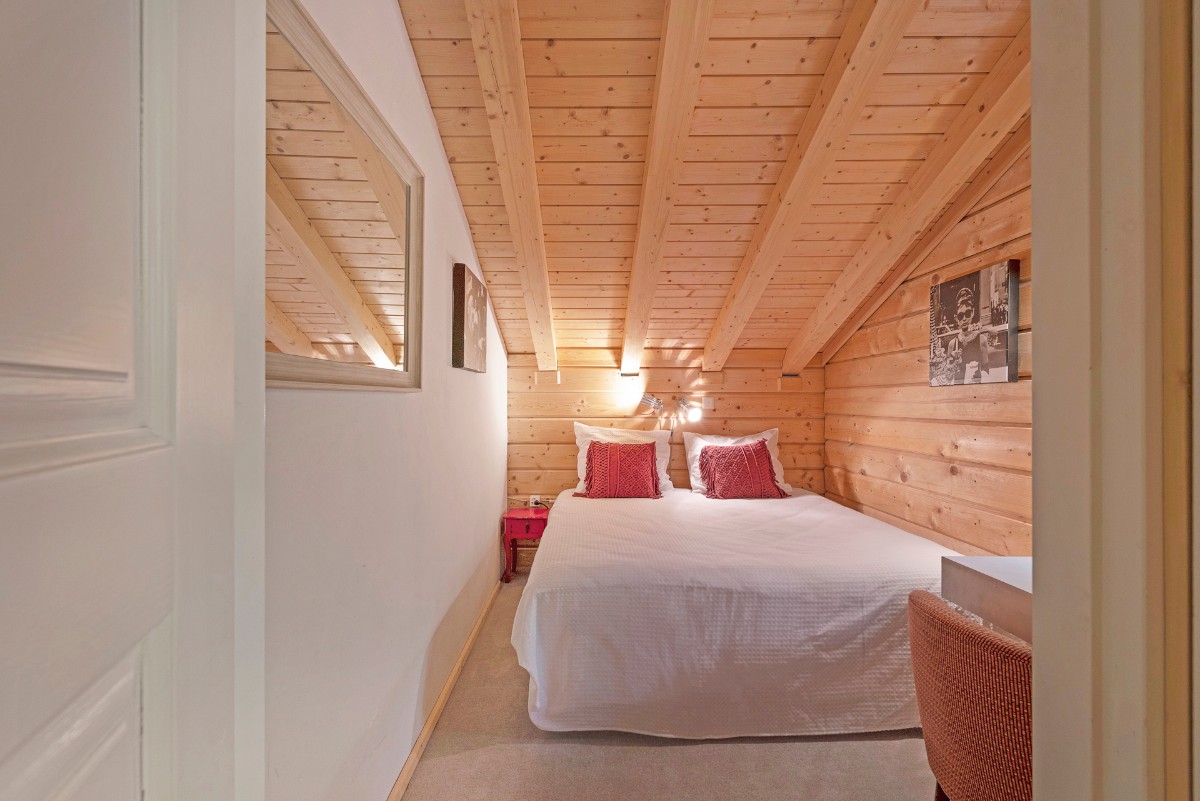 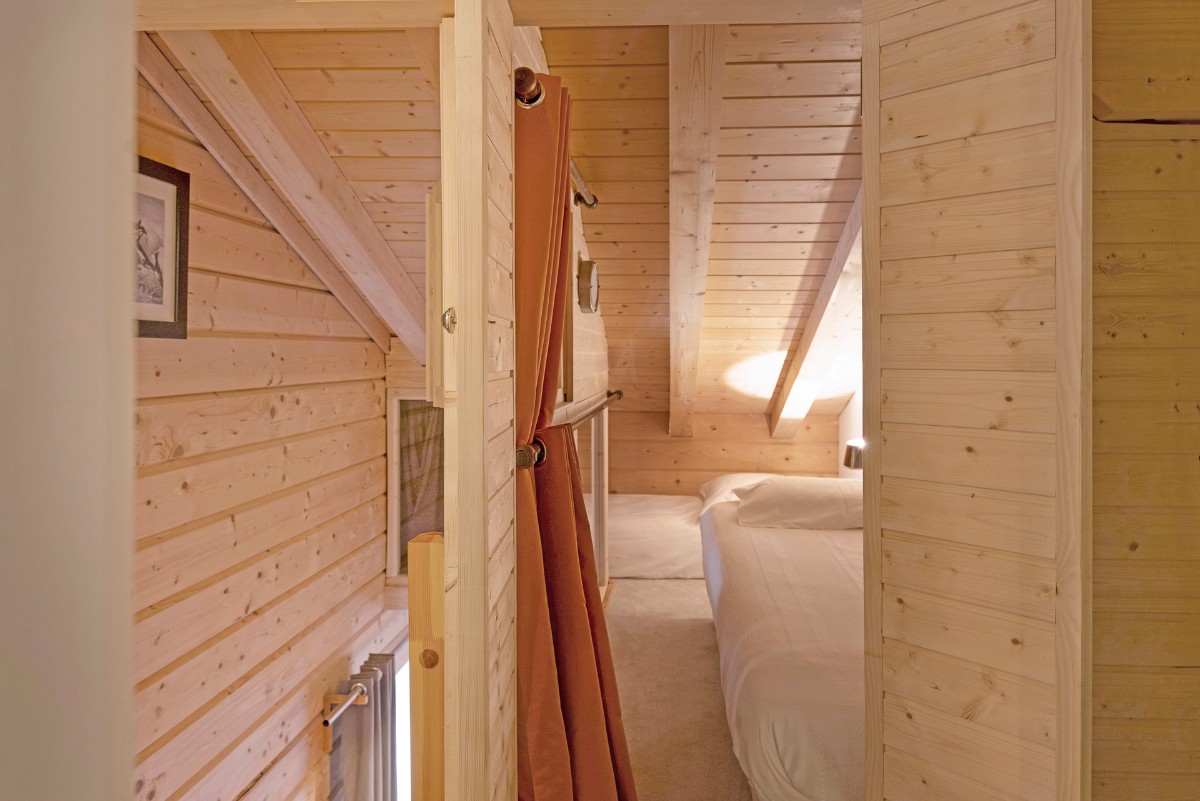 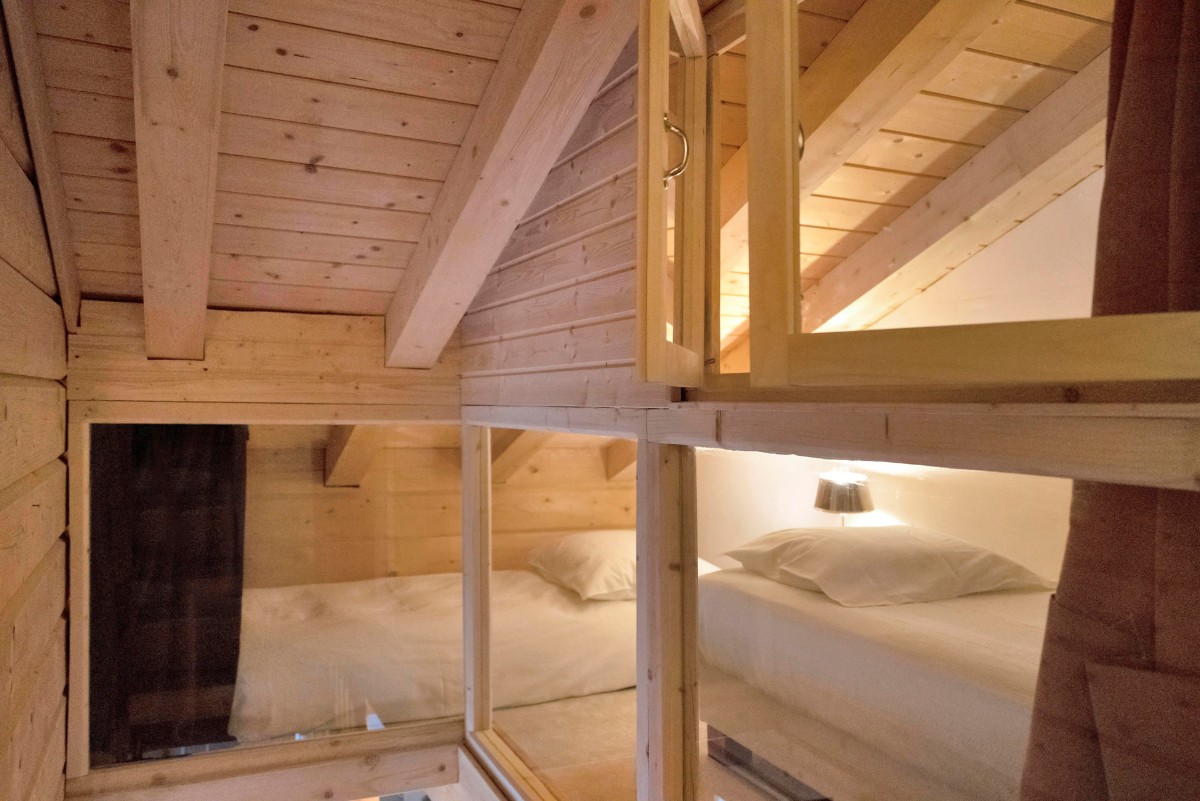 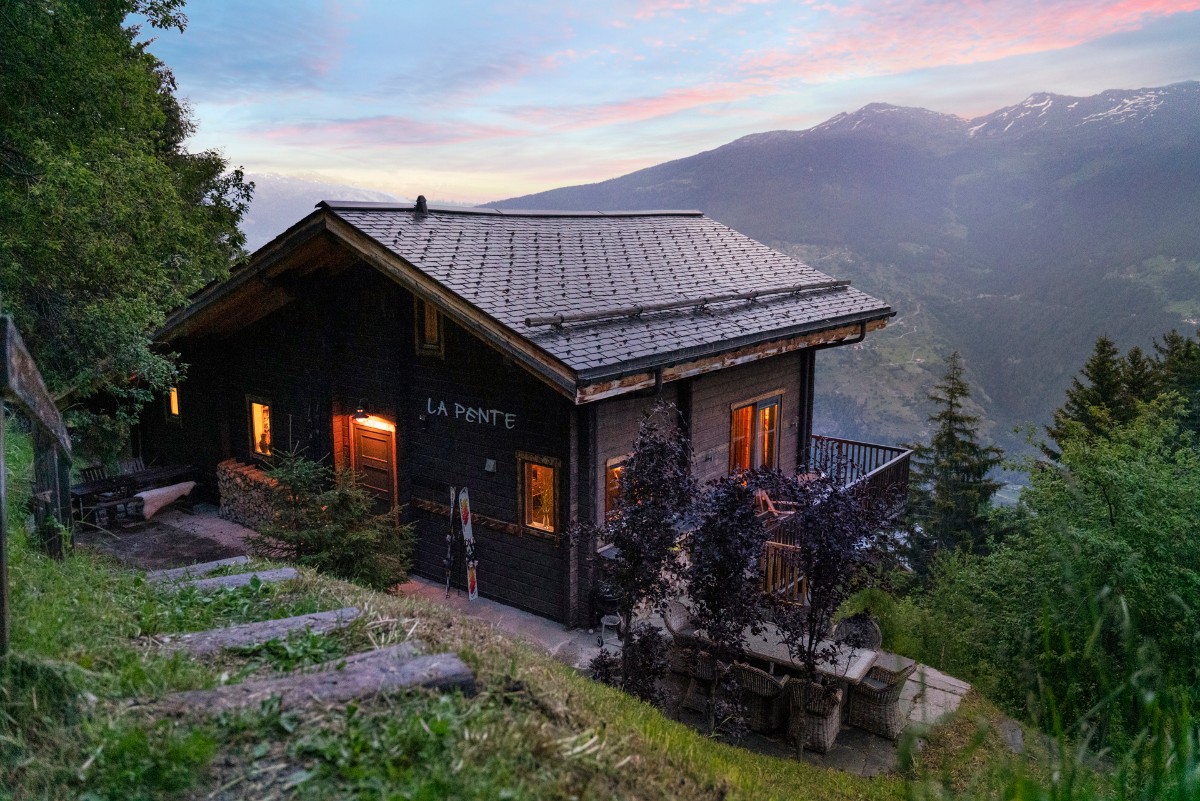 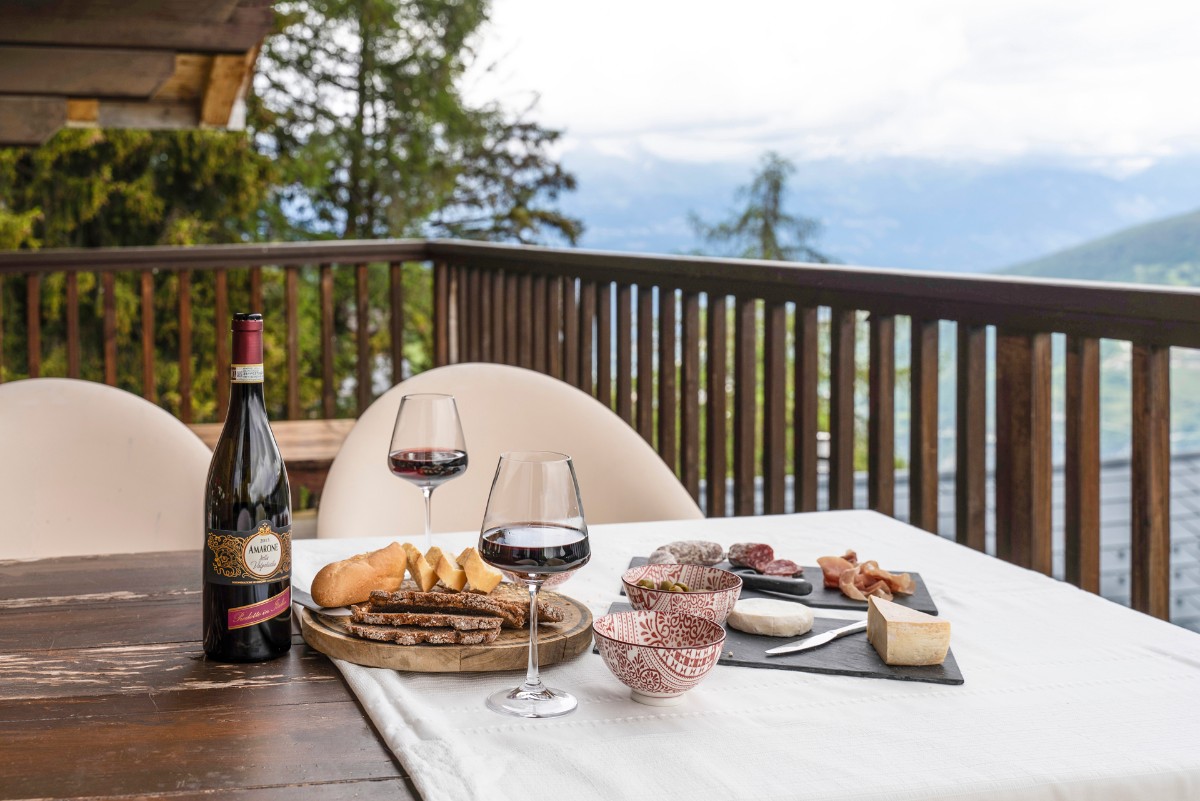 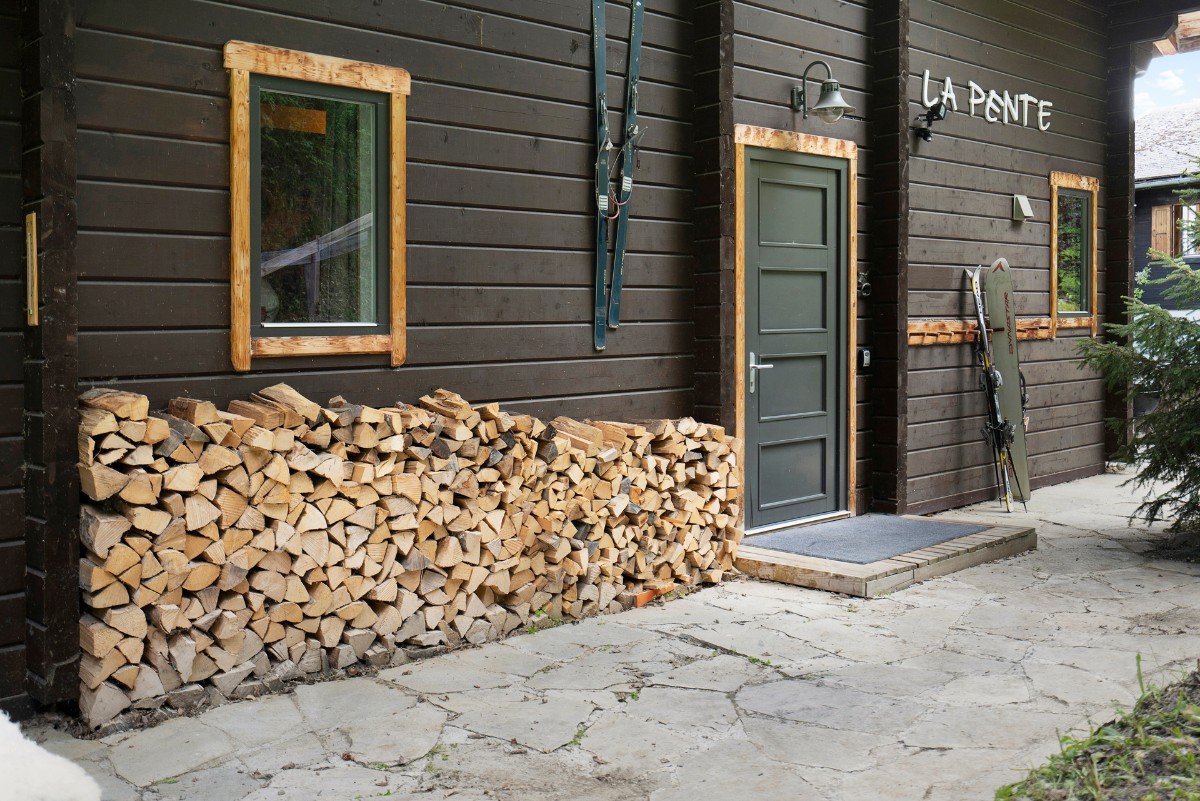 The free-standing chalet is exactly what you would expect of a traditional house in Switzerland, with large windows and lots of wood both inside and out. Light flows in everywhere and from every corner there is a wonderful view of the mountains, including the Matterhorn (4478m) and the Dent Blanche (4357m). The modern rustic interior, the under-floor heating and the various patios and balconies with comfy armchairs and loungers make Chalet La Pente a very comfortable house for everyone. 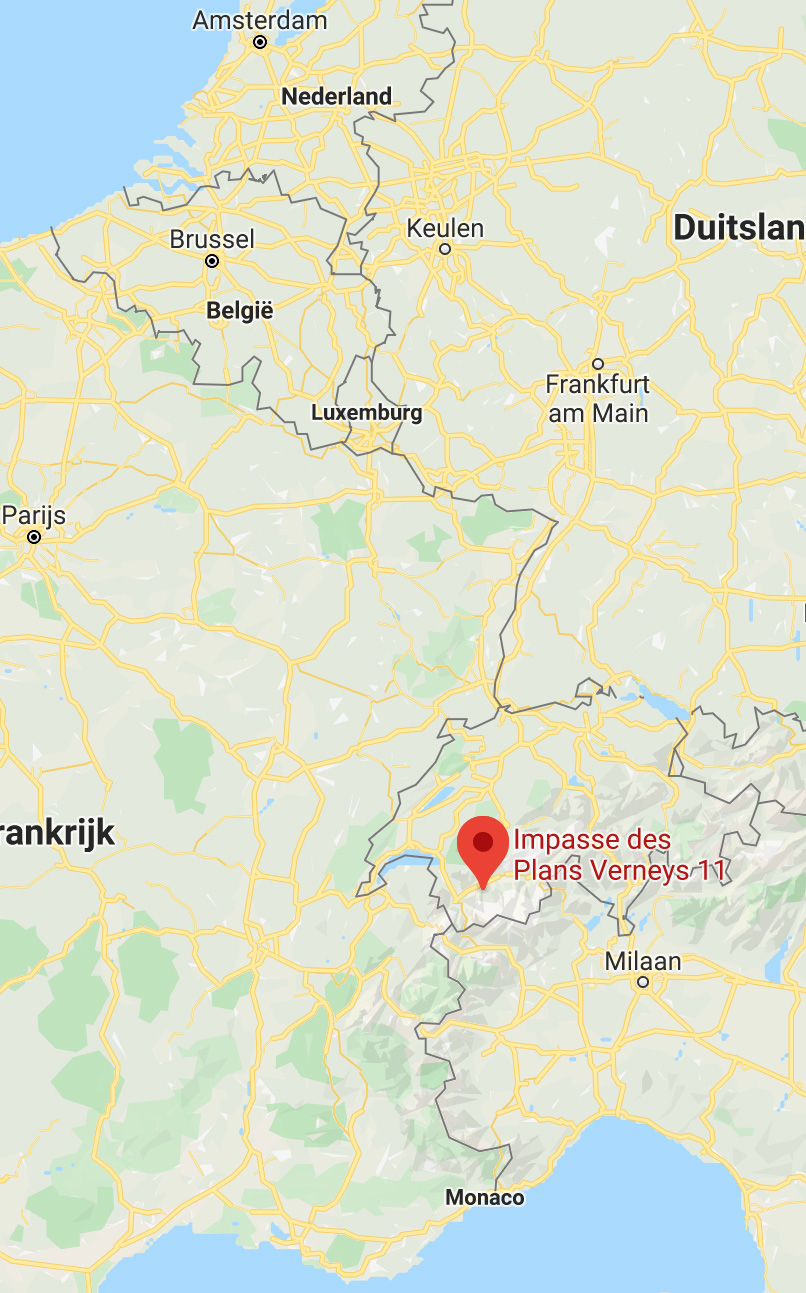 The chalet’s 7 bedrooms can sleep 16 guests and it is ideally suited for families or a large group. There are enough couches and chairs so that everyone can go sit and chill with a good book or a game from time to time. The long dining table and the cosy open fire makes it a delightful place to spend time indoors.

4-minute walk to the mountains

Whether you want to ski in the winter or walk in the summer, the mountains are less than 5 minutes away.

Les Collons is 975 kilometres from Utrecht. The town is easily accessible by car, plane and train.

Reachability
Chalet La Pente in Les Collons 1800m is easily reached by car, plane and train. It is approximately 950 kilometres from Utrecht by car. There is no need to take mountain passes when travelling by car.

Various airlines fly to Geneva daily. Car rent is available at the airport, or you can take the train to Sion, which is just 17 km or 10 miles from Les Collons.

Surrounding area
The chalet’s central location, just below the main street of Les Collons, ensures that everything is within walking distance. Les Collons town centre has a supermarket, croissanterie, a variety of shops, ski hire, a tourist office, a playground, and in the winter, an ice rink. Naturally there are also several bars and restaurants in the centre of Les Collons 1800m, but also in Les Collons 1850m and 1900m, as well as in Thyon 2000m. So a car is not really necessary, as everything can be reached on foot or by (free) bus. This gives visitors a lot of freedom.

Les Quattre Vallées
Les Quattre Vallées is Switzerland’s largest ski resort, with 400 kilometres of ski pistes. The most famous villages are Thyon, Les Collons, Veysonnaz, Siviez, Nendaz and Verbier. Of these, Verbier is also a very attractive ski excursion destination. This area also offers several options for going higher than 2000 metres, and even a summit of 3000 metres.
The chalet’s central location makes it easy for guests to enjoy the many après-ski options on the mountain and in the village, most of which are in traditional huts.

Culture
If you wish to sample some local culture, there’s plenty to see and do in the local area. Check out the fairytale-like chimney rock formations known as the Pyramids of Euseigne in the Hérémence valley, or visit the huge Grande Dixence dam, the highest in Europe. Martigny is home to many museums, including an automobile museum, a statue garden and the Saint Bernard museum – yes, with real dogs.

The ringing of cowbells, the pure crisp air, the sound of the waterfall and the phenomenal view over the Matterhorn and Dent Blanche – it could not get more Swiss than this. It’s like being in a television commercial. But it’s not, it’s the start of your holiday.

Whether it’s a relaxing holiday, or a more active walking holiday, or indeed a combination of the two – the superb location of Chalet La Pente in Wallis Switzerland gives you plenty of options.

The proximity of the mountains, rivers and forests provide endless active possibilities. The immediate vicinity has numerous walking routes through the mountains for all levels of fitness. If you want a day of hiking or just a relaxing walk with a stop for coffee along the way, all is possible. For adrenaline junkies, Les Quattre Vallées has plenty of challenges to offer, such as rafting on the Rhône, hydrospeed, canyoning or mountainbiking with a motorised scooter.

Ready to relax? Have a dip in one of the many lakes, or relax in a Thermal bath.

The chalet in the summer

Chalet La Pente has several patios with loungers and other garden furniture around the house. The enormous balconies are also wonderful places for chilling. Just open the doors and enjoy the scenery.

Also in summer there are enough activities to do with children. At the chalet we have a children’s paddling pool, two little tents and games. The shopping street just around the corner has a playground, a tennis court, a funicular and swings. There are also small lakes for swimming nearby, and a water slide of 180 metres!

The maximum number of guests permitted at the chalet is 16, but there are 18 beds available to provide flexible sleeping arrangements for large groups.

In addition to these rental prices, some additional costs are billed separately.

You can request a quote via our contact page.

Would you like to know more about renting the chalet in the middle of the mountains? Then contact us via Patricia.Janmaat.Blom@ChaletVilla.nl or telephone us at +31 6 457 564 65. Would you like to book this holiday home for winter sports right now? You can, using our contact form or via HomeAway.nl

About us.
Get a quotation.

Reach out to us